to organize our adventures, we started a slack channel called dimsum-club. why dimsum? was it because we first made the channel in search of good dimsum in the city? was it because we craved dimsum regularly? i dont know actually.

but one thing i know is we dont limit ourselves to dimsum or even the city. if there is good food, we go.

the first dimsum club outing of 2018 was to assembly chef's hall.

we got there a little late and we got so into talking that some of the spots closed before we could get to them. but thats ok - that just means we gotta go again.

i wasnt craving anything specific but this one familiar spot was calling my name: love chix. 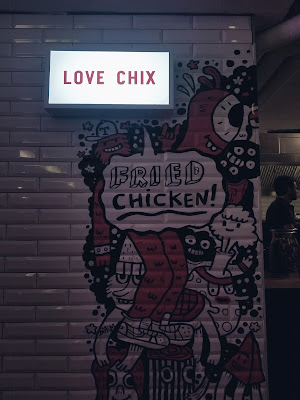 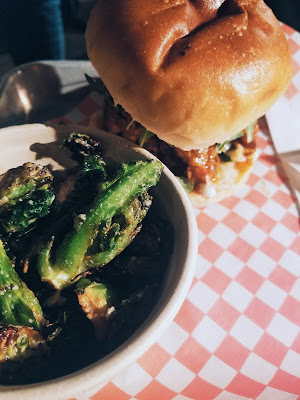 their main location is actually a short walk away from the office. went aaaaaall the way downtown to get food from a place down the street. well, no ragrets. cause ive never been but now i know that i can get DELICIOUS brussel sprouts down the street. and oh yeah, the chicken was great as well.

but those brussel sprouts though. a friend and i finished our portions and we went back to get just a large order of them sprouts! (actually it was extra large cause they dumped another handful before giving it to us).

after enjoying our food, we had a few drinks and then called it a night.